Via J.L. Bell’s Twitter feed come several reactions to Andrew Burnstein and Nancy Isenberg’s Salon essay wishing for “a restraining order on the big-budget popularizers of history (many of them trained in journalism)”:

We have to fight mediocrity as well as plagiarism – the two are more closely related than you realize. Journalists doing history tend to be superficial and formulaic. To the historian’s mind, they don’t care enough about accuracy.

I bet. Their argument is eyebrow-raising for its pettiness and cherry-picking. Civil War Memory has such a perfect response that I can only agree; and David Silbey succinctly lists the ad hominems and non sequiturs of Burnstein and Isenberg’s argument. They bean David McCullough’s John Adams — “There are far better books on Adams than McCullough’s” — but never cite a single defect, instead somehow illogically lumping him in with plagiarists. Is that because “[t]he public seems to like what is most easily digestible” in their history and in their Salon articles?

Gordon Wood commented on academic vs. journalist historians back in 2009:

Academic historians have not forgotten how to tell a story. Instead, most of them have purposefully chosen not to tell stories; that is, they have chosen not to write narrative history. Narrative history is a particular kind of history-writing whose popularity comes from the fact that it resembles a story. It lays out the events of the past in chronological order, with a beginning, middle and end. … Instead of writing this kind of narrative history, most academic historians, especially at the beginning of their careers, write what might be described as analytic history, specialized and often narrowly focused monographs usually based on their PhD dissertations.

Take William C. Davis’s The Pirates Laffite. Davis is a brilliant historian who has written the most authoritative account of the Laffite brothers ever put to paper, and will likely remain so for decades at least. It’s a narrative history, beginning with the earliest known information regarding the Laffites and continuing chronologically. The book is also barely readable. Davis swarms the reader with so much information that the story is buried beneath a landfill of data. The text isn’t broken up well, and every few pages I had to flip back to reread why we had gone on a tangent about some secondary or tertiary character and remind myself how he related to the Laffites. I wish Davis had abridged the book for general consumption, then kept the original manuscript as an e-pub available for hardcore Laffite scholars.

Overwhelming the reader is a flaw too. So yes, many academics have forgotten how to tell a story.

Academic historians aren’t bad people; as I’ve ranted before, what’s at issue is how they’ve sidelined themselves through their own homespun culture of (a) poor writing camouflaged as intellectualism; and (b) internecine feuding. I would also add that if Wood worries that “non-academic historians… unfortunately often write without much concern for or much knowledge of the extensive scholarship that exists,” it’s because so much of that scholarship is locked behind expensive journal subscriptions and exorbitant paywalls like Reed Elsevier — again, an unnecessary state of affairs resulting from academic culture — that academics themselves wouldn’t have access to if they weren’t academics.

Burnstein and Isenberg haven’t done their profession any favors with their imbecilic essay: it’s technocratic propaganda designed to exclude interlopers from cutting into their market share. But again, if academic historians aren’t popular in bookstores, they have only themselves to blame. Hobbled and handicapped, it’s up to the David McCulloughs of the world to take up their slack.

One thought on “Historians Seeking Rent” 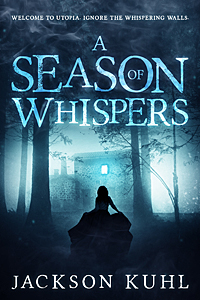